By Louise Hebbard and Lynne Kemen

(The second in our series about community involvement and volunteering.)

Well, they fight fires, help with motor vehicle accidents, deal with fallen trees, and provide Emergency Medical Service (EMS). They give support to other fire departments as needed. This summer, they helped search for and find a missing child. The firehouse is a designated emergency shelter with a generator for power and a full kitchen to provide food services. They host the Annual Pancake Breakfast with the Easter Bunny. Every winter, they remove the trucks and make the garage space available for the Winter Holiday Market featuring local vendors. They also participate in fundraisers, such as the recent dinner to help raise money for two local boys who were severely injured in a truck accident. 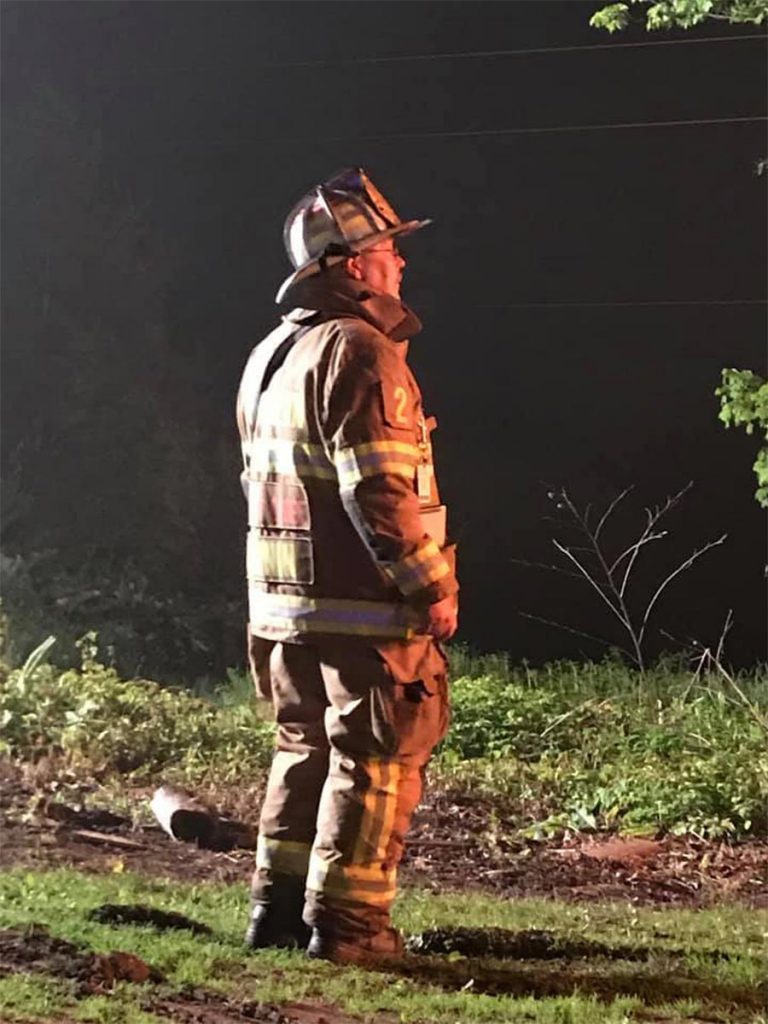 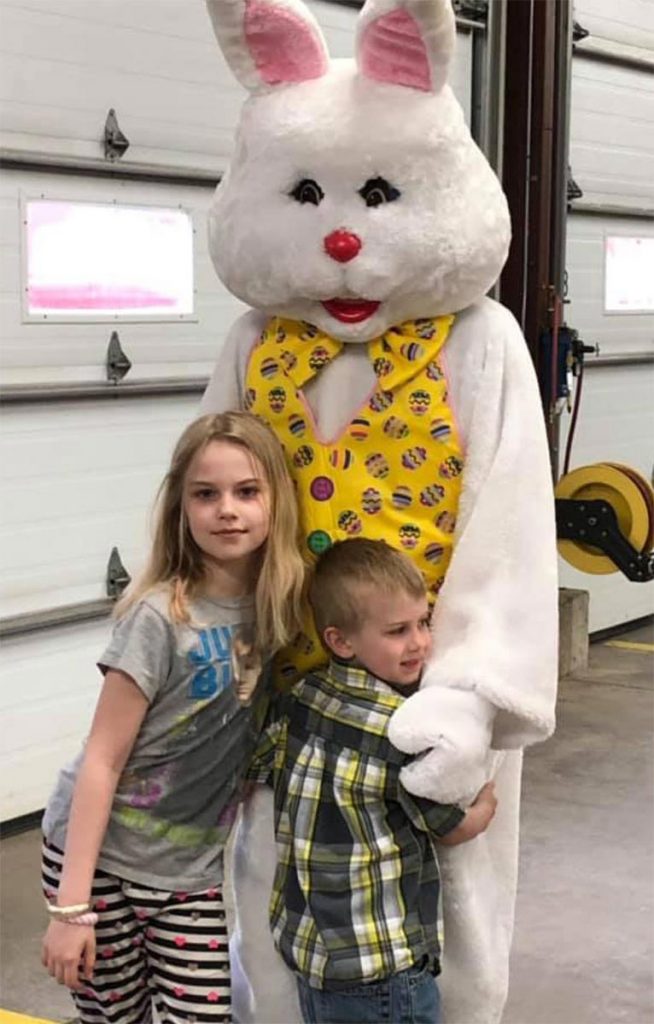 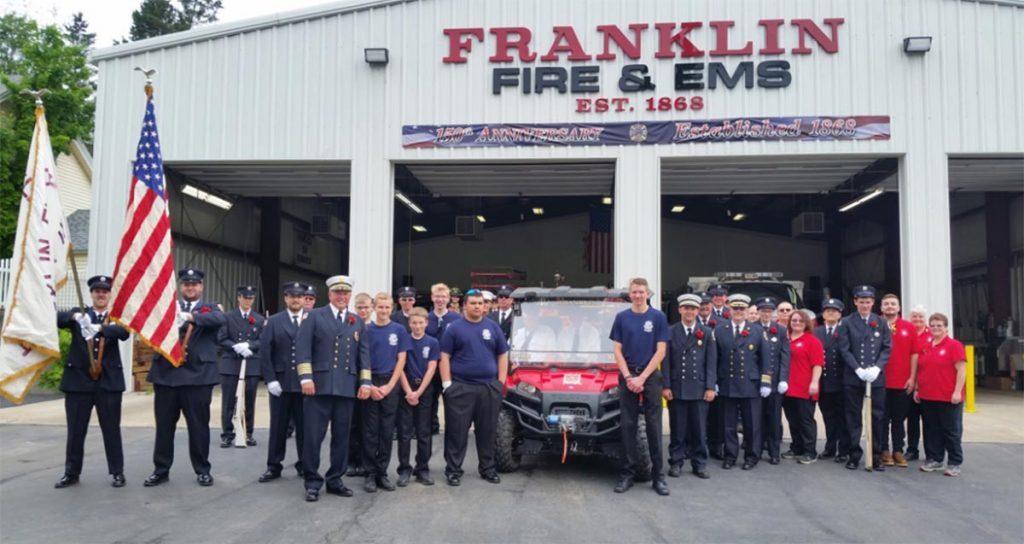 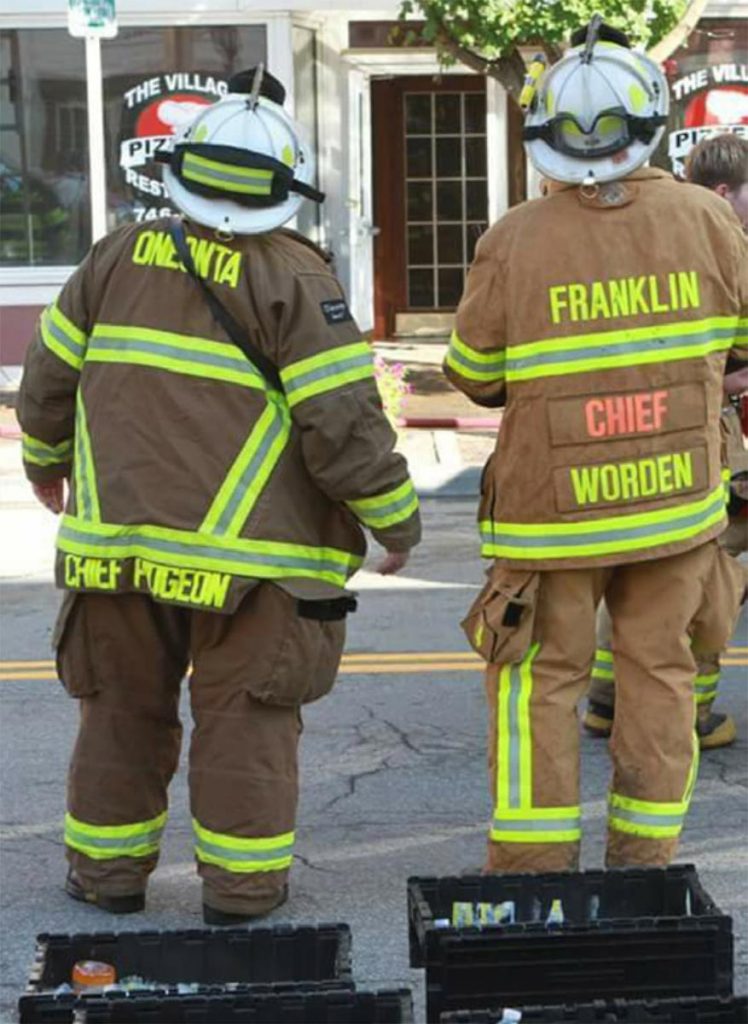 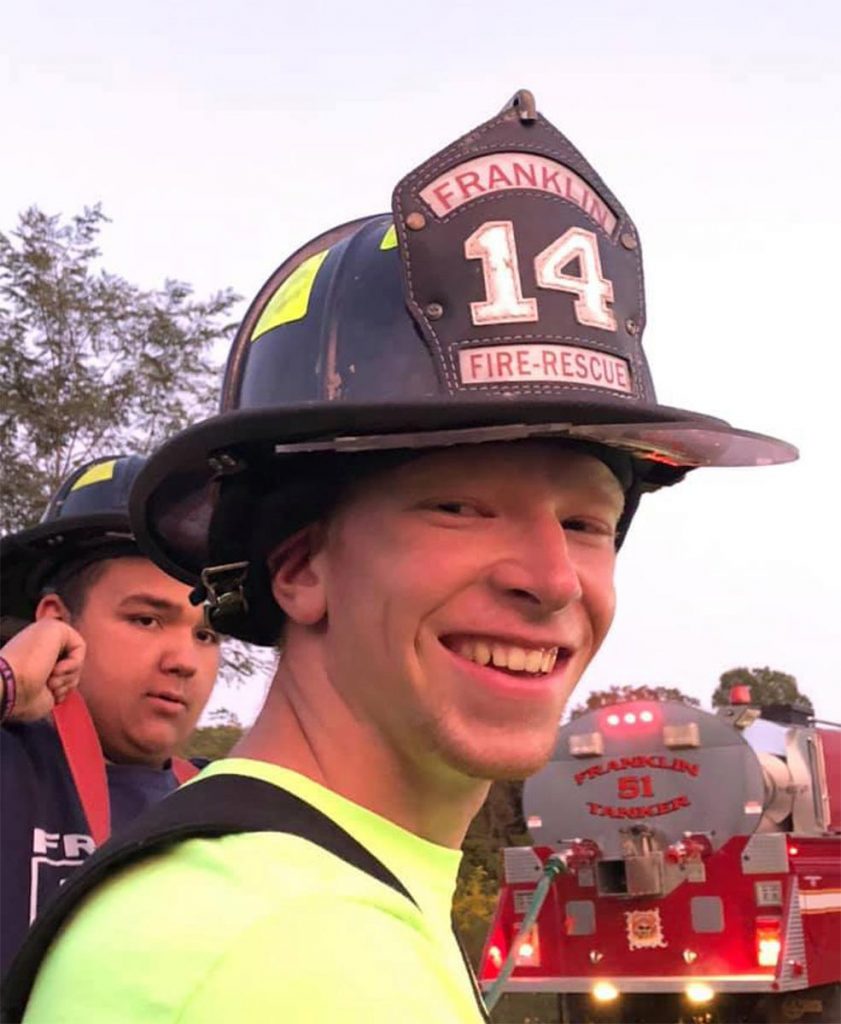 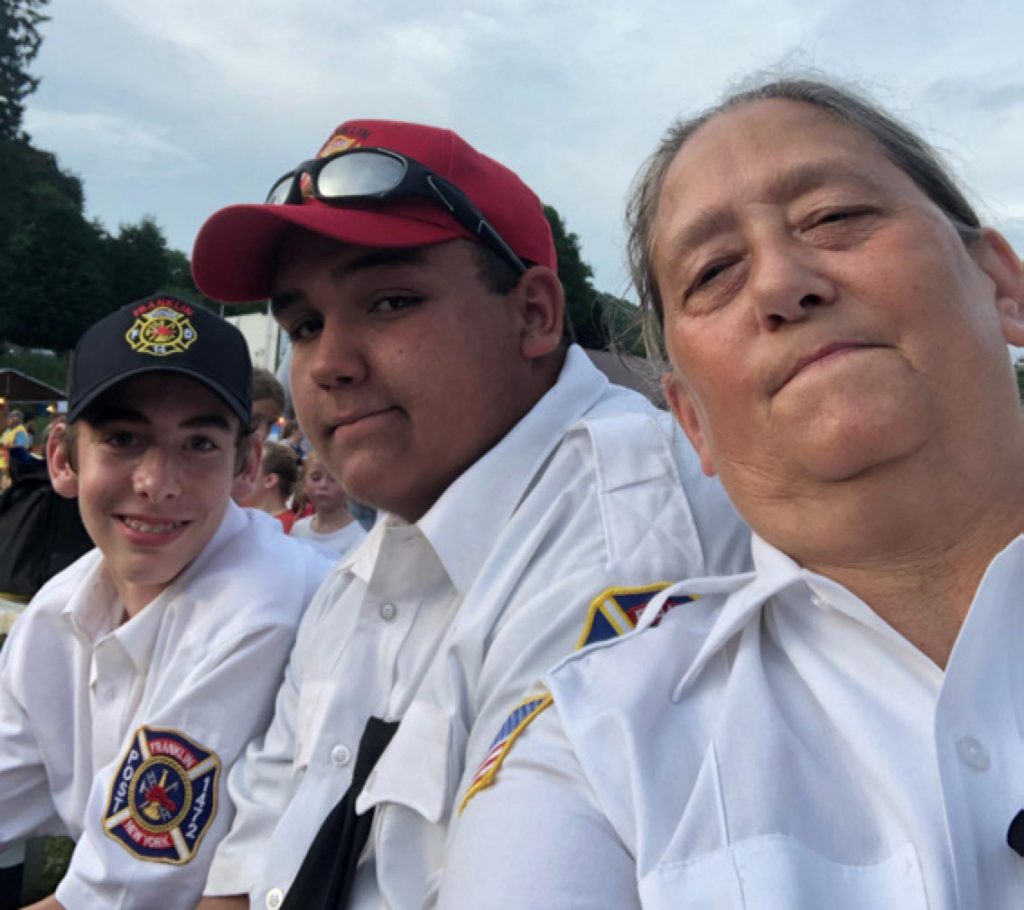 Chief Tom Worden grew up in Franklin and feels strongly connected to the people here. He has been a volunteer firefighter with the FFD for forty-three years, and recently celebrated his twentieth anniversary as its chief, following a long family tradition of service to his Franklin neighbors. His father, Paul, served sixty-five years with the department, ten of them as Fire Chief. Tom’s two brothers are members of the FFD and his two sons are Fire Protection Engineers. Worden estimates that there are sixty members on the FFD rolls, with thirty to forty currently active. Many claim parents, grandparents, uncles, aunts, siblings who have been part of this tight-knit group. Ruth Snow joined seven years ago and never looked back. “I thought that I would just help with fire-fighting, but there’s so much more. We are always in training, always learning new things. We are a team. Period.”

And that team feeling extends beyond the Franklin group. She said that she has trained with ten fire departments. That training has led to bonds. “You remember them and are always comfortable with them.”

The word ‘family’ comes up often as Ruth talks about her local team, about the number of members who are related to other firefighters who have served over the years. Upstairs, outside the meeting room, is a listing of everyone who has been part of this team. “You have to like it.”

Franklin is fortunate to sponsor and provide leadership through the Explorer Firefighter Program. This is an extension of the Boy Scouts of America and is aimed at youth aged 14-18. Once a member turns eighteen, they may become a full-fledged member of a fire department. There are currently twelve Explorers: ten from Franklin and two from Delhi (not every fire department has an Explorer program). Because of their age, the Explorers are not allowed to fight fires actively, but they are rigorously trained in setting up, unloading tools, helping with hoses and directing traffic. Their contribution is crucial to the adult fire-fighters.

Brandon Gregory dropped by during our interview with Ruth Snow. He joined the Explorers on his fourteenth birthday. His father, James Gregory, is a volunteer fireman. His brother Tyler, now a freshman at West Point, was an Explorer as well. The Explorers learn that they are representing the fire department, and that with this honor comes responsibility.

There are many ways to volunteer with the FFD beside actively fighting fires. There is an alarming and growing need for EMS team members, for drivers or people to direct traffic at the site of an accident, to cook or serve food at the community breakfasts or at long fires. “We will always take volunteers,” Ruth said.

The FFD is a not-for-profit organization and can always use contributions of service or donations. Homeowners’ or medical insurance does not pay for medical transport or for the time required to put out a fire, so donations and monetary support are critical.

Both Franklin Fire & Rescue and the Franklin Fire Explorers have Facebook sites. Please visit those sites for more information about what these groups do, and how you could join with them in making Franklin a better place to live.

« Battling Nihilism in the Age of WTF » The Mayor’s Corner: What Really Is Franklin’s Brand?