Thirteen years ago, a neighbor and I met with a local reporter to talk about the pervasive blight on Sidney Center’s Main Street. At that time, several dilapidated buildings in our tiny “downtown” had been spray-painted with racial slurs and swastikas. They remained that way for weeks. Years of absentee landlords had left these once grand structures as eyesores, dangerous havens for stray cats and straying kids. For me, the graffiti were the last straw in a string of insults that Sidney Center had suffered during my years living here. Frustrated, I started making phone calls to see what could be done. I connected with the Catskill Center for Conservation and Development. Plans were made for them to facilitate a visioning workshop in Sidney Center. My kids and I passed out flyers and invited neighbors. 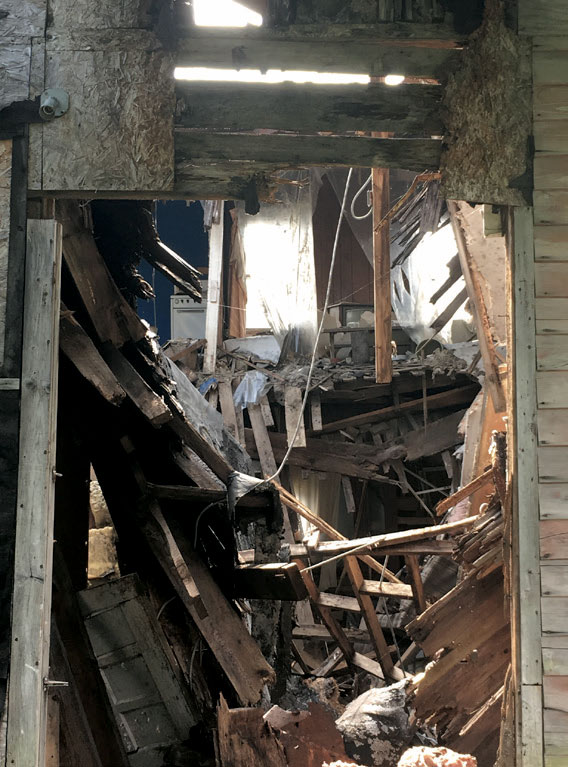 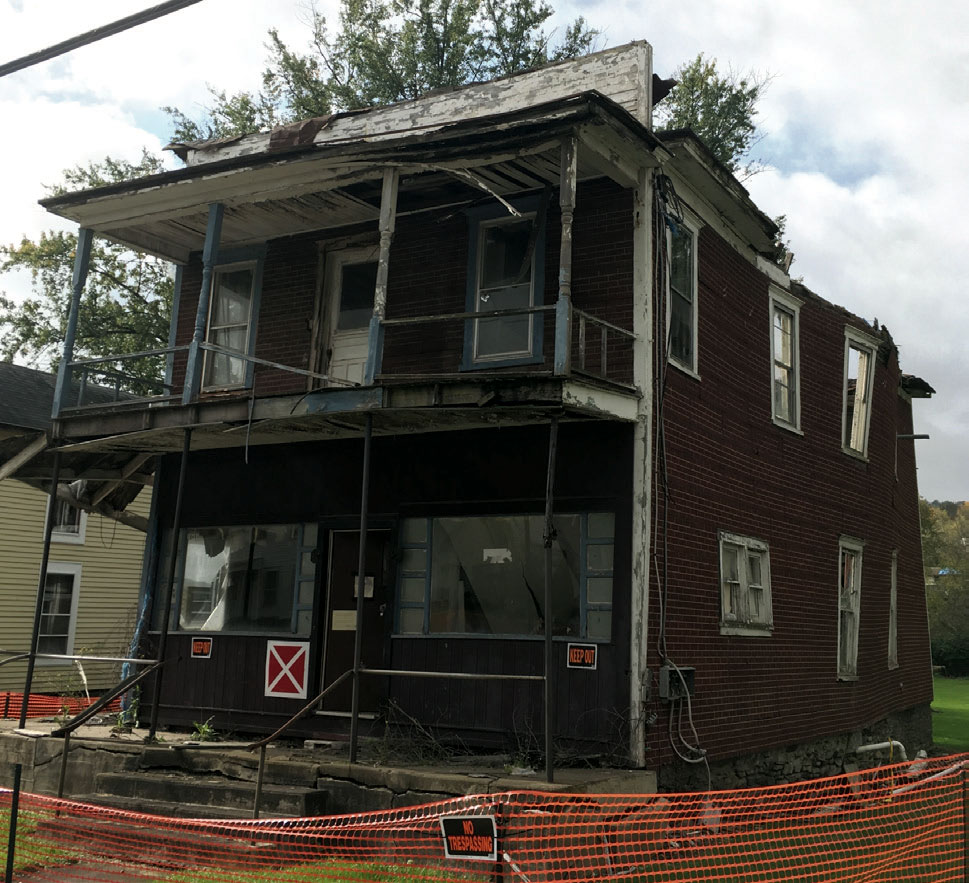 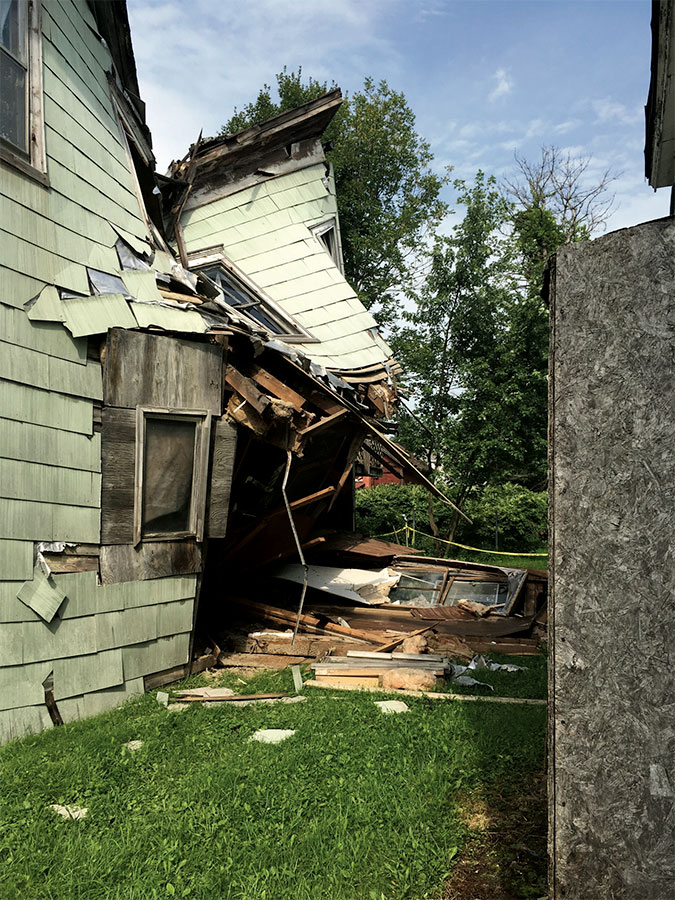 In 2006, residents gathered to discuss the future of our hamlet. We received a small Main Street grant for community barrels. Flowers were planted and a cleanup was organized. Flags were hung to display pride in our home village. People in the hamlet started meeting once a month to organize projects. In June of that year, the hamlet was hit hard by a devastating flood. We organized a bigger clean up. Our spirits were not dampened.

Several years later, the group became a nonprofit, the Sidney Center Improvement Group (SCIG). We continue to hold meetings on the second Tuesday of the month to address issues related to the environment, safety, and beautification of our hamlet. We organize free community events for all. It’s a hardworking group of neighbors that generously give their time and talent for the betterment of our home.

Through the years, SCIG members met with different code enforcers and supervisors about Main Street, to no avail. Life moved on. My kids grew up. I began to believe the buildings would outlast me. No one had answers, no one wanted to take responsibility, not the absentee landlords, not the town, not the county. As an unincorporated hamlet, our concerns are not a priority.

Blight greatly impacts the overall mindset of a community. It affects the children growing up and the people who visit. Community minded neighbors become frustrated and move away. For years, our Main Street represented hopelessness despite all our efforts.

This spring giant red X’s and police tape were placed on three Main Street buildings. I was told this was to warn firemen not to enter these structures in an emergency. Roofs caved in and exterior walls buckled. People became fearful one of these looming wooden relics might fall or a curious child might enter and drop through the floorboards.

Then, this summer, one building began to collapse. Even the structures had finally had enough. Within a few weeks, it looked like a bomb had fallen on Main Street. Thirteen years ago, I didn’t have the internet. This time, I sent a letter with photographs far and wide. The reporter who had met me on Main Street all those years ago returned. Suddenly people took notice. Neighbors spoke with the press. A “Support Main Street” petition calling for the demolition of three buildings circulated. It received 150 signatures.

On September 11th, Town of Sidney supervisor Gene Pigford met with the community at the Sidney Center Fire Station. Approximately sixty people came out to voice their concerns. The supervisor and town board members were empathetic to our plight. They were working to contact the building’s owners and bring closure to what had become a critical safety issue. Mr. Pigford assured us that the buildings would be taken down before winter 2018. Two days later, the Sidney Town Board unanimously passed a resolution to remove all three structures. I was overjoyed! At last these unsafe eyesores will be replaced with green space.

How did we get to this point? The cycle of neglect was decades in the making. Condemned properties are sold and resold at tax auctions, often sight unseen. There’s no plan in place for repairs. Codes are not enforced. The county and town get tax dollars and can wash their hands of any responsibility. Our Main Street is the final stop in the cycle. This is what decades of neglect and unaccountability look like. Ultimately, tax payers pay the price.

Despite a love of old architecture, I’ll be happy to see these places go. I imagine the future. Maybe next spring small trees and flowers can be planted in our new Main Street green space. Soon our general store will reopen after being closed for years. It’s time for Main Street Sidney Center to turn over a new leaf. Some of that rests in our leadership’s hands, some in ours. I believe our community has demonstrated that we’re willing to do our part.