Have questions about John O’Connor’s article, page 15 of NFR #43? We have answers. 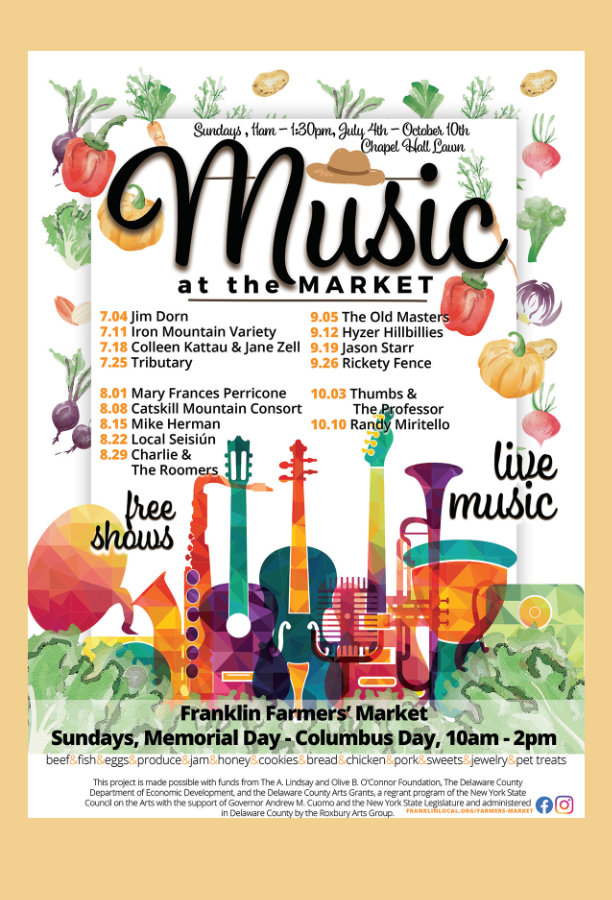 The Franklin Farmers’ Market, now in its 15th season, continues every Sunday through October 10th, 10 a.m. to 2 p.m. The open-air market is located on the lawn of Chapel Hall on Institute Street.

Music at the Market programming returns July 4th, 11 a.m. to 1:30 p.m., with performances every Sunday through October 10th. The line-up of local and traveling musicians includes:

Seating is available for these free performances, beverages can be purchased from the hospitality tent, and food is available from multiple vendors. NYS COVID-19 precautions are being followed, and all customers and their households should be free of symptoms. For the protection of the non-vaccinated children, patrons should wear masks.

In reference to the article “SO LONG, FRANKLIN FARMERS MARKET” by John O’Connor in issue #43 of the New Franklin Register.

The Facts of the Matter

Concerning the payments by Franklin Local to the musicians who will perform at our Music at the Market program, misstatements have been circulating in print and on social media. To correct the record, “let facts be submitted to a candid world.”