Download PDF copy of Franklin NY Town Board Minutes – May 5, 2015

William Young wanted to add the word “potentially” to the first sentence in Section 1. Also he felt that Franklin would probably not be found to be a suitable site to have a dump.

Brian Brock thought there were other issues that should have been addressed first. He provided a list of changes he thought should be made to the proposed law.

Kaima Nelson-Bowne wanted the language of the law to be expanded to include pipelines and compressor stations.

The regular monthly meeting of the Franklin Town Board was called to order by Supervisor Jeff Taggart at 7:10 p.m. Also attending was Lisa Huyck and Don Smith.

The minutes from the April 7, 2015 meeting were read. Garret Sitts made a motion to accept the minutes as read. David Grant seconded the motion and all J present agreed.

Carole Marner asked the Board to order a comprehensive health impact assessment. No action was taken.

Donald Hebbard asked the Board to adopt a resolution of unconditional opposition to a compressor station in the town of Franklin. No action was taken.

Mark Laing reported for the Highway Department. He would like to sell at auction the motor from the truck that was purchased from the County for parts. Garret Sitts made a motion to sell the motor at auction. David Grant seconded the motion and all agreed.

Chemung Supply Corporation did send a bid on time for the April opening for pipe. They bid the same prices as Steel Sales Inc. for all of the various size pipes. Don Smith made a motion to accept Chemung Supply’s bids and to purchase pipe for the most reasonable price. David Grant seconded the motion and all agreed.

Garret Sitts reported for the Recreation Committee. They still need to hire 2 life guards for the summer.

Vouchers were submitted for audit and payment.

With no further business to come before the Board, Garret Sitts moved for adjournment. Lisa Huyck seconded the motion and all agreed. 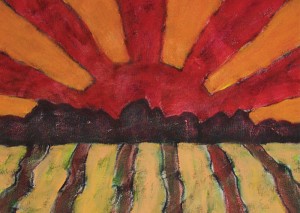